This evidence-based model has significantly reduced alcohol and other drug (AOD) use rates among young people in Iceland over the past 20 years.

The ADF is working with the Planet Youth team to trial the approach with a small number of pilot site LDATs over two and a half years. In South Australia, Wellbeing SA has contributed funding to support the expansion of the trial.

New South Wales’ Lithgow LDAT and South Australia’s Limestone Coast LDAT are two of the pilot sites. Both are working with parents, schools and community partners to target the risk and protective factors in young people’s lives that determine their substance use behaviours and provide a positive social environment to grow up in.

Both LDATs say that the partnership approach is demonstrating effectiveness in reducing substance use initiation.

Typical risk factors addressed by Local Drug Action Teams can include lack of engagement in activities with adults, mental health issues, low attachment to school and community, negative peer influence and the availability and accessibility of AOD within the community.

Known protective factors for the secondary school age group include positive role models, sense of belonging and connectedness to community, school and family, participation in positive activities with adult engagement and involvement in recreational activities.

The Planet Youth model works to improve these protective factors for young people, and address the risk factors.

Positive response on the Limestone Coast

Sophie Bourchier, Project Officer for the Substance Misuse Limestone Coast LDAT, says there is no doubt that Planet Youth can create a healthier community.

“Its benefits are endless. Better health and wellbeing for young people and forging relationships with sporting associations, councils and schools to spread its reach.

“While at this stage change can’t be quantified, we know we’re having a positive response.”

The LDAT pilot kicked off with a comprehensive survey from Planet Youth for around 270 Year-10 students from four schools in the Grant and Mount Gambier Council areas. Data collected was analysed by the expert Planet Youth team and showed that the key risk factors for kids in the local area were mainly around unsupervised hours and drinking at other homes.

“We know family time increases protective factors and we’re educating parents through the media and posters using the ideas from Iceland.”

A highlight for Sophie has been showing the governing councils of schools what they can do to embed evidence-based AOD education into their curriculum.

“All seven councils in the Limestone Coast LGA, as well as all School Parent Governance Groups, were engaged around the risk factors evident from the survey findings, and provided with guidelines on building up the protective factors for young people.”

“This holds the Limestone Coast community in good stead to build on prevention activities to reduce AOD harms through the implementation of the Planet Youth model.”

“It came at the right time. We realised that to change the culture we needed to focus on the young ones.

“The survey gave us insights, especially that parents did not know the parents of their kids’ friends and that more activities for young people were needed. It gave us specific things to work on.

“For example, our youth drop-in space started as a music space but has grown into a homework and board games space. Each term we’ve had it at different cafes. It’s where kids come to hang out and we get to know the kids.”

Over the past 12 months, throughout COVID-19 and bushfire crises, Lithgow LDAT have increased their membership and strengthened community support for young people across the four Planet Youth domains: peers, school, parents and leisure.

“They have established avenues to engage parents. This has enabled parents to participate in determining strategies that increase the protective factors that benefit children and young people in their community,” said Ellen Panaretos, Senior Community Development Officer with the Alcohol and Drug Foundation.

“The LDAT’s engagement of a Youth Council has led to the establishment of youth groups in the area, and increased their ‘voice’ through media.

“These young people are now the core group raising awareness with community decision makers, of both the LDAT’s Planet Youth strategies and young people’s needs.”

Next steps for Planet Youth trial

Sophie and Ali say that next steps in the Planet Youth trial are more education opportunities and building up more parental engagement and networks. Plans are also underway to conduct a follow up Planet Youth survey with participating schools later this year (COVID lockdowns pending), to track progress and identify success areas as well as future areas of focus.

For information, articles and resources that help individuals and groups to reduce harm from alcohol and other drugs in your community, sign up now to the Community Hub newsletter. 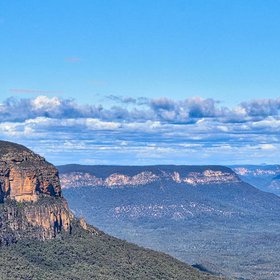 Across Australia, there are many LDATs working with a target audience of people under 30. Here are some of the star y… 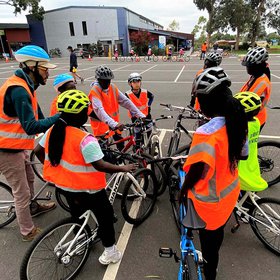