Basketball is hugely popular in the Kimberley and it’s changing the lives of young people in the region.

It’s the vehicle being used to inspire kids to set and achieve their goals.

The programs are building strong, connected and harmonious communities and a much brighter future for many coaches, volunteers, families and kids across this remote region.

Communities in the Kimberley face many challenges including social and economic disadvantage.

While the media sensationally reports a picture of teenagers and young adults breaking the law and engaging in risky drinking and drug use, that’s not the whole story.

Disengagement from school, family, culture and positive recreational activities are all risk factors for harm from alcohol and other drug use in young people.

But there are also many important things that bring people together in the region and strengthen social connections – and sport is one of them.

A sense of belonging, social connection to the community and involvement in recreational activities like sport are proven protective factors against harm from alcohol and other drugs.

While authorities work hard to address local issues, the Basketball WA – Kimberley LDAT, acknowledging the region’s love of basketball, thought that they could help.

Liz Muenchow, Regional Development Manager at Basketball WA - Kimberley says the LDAT wanted to give people a different story to tell – one of achievement and success.

“We want adolescents and young adults to have better self-esteem, higher expectations of themselves and their communities and have local young role models.”

“Many kids have dreams to play professionally one day but have no idea how to turn their dream into a plan and set goals to make it a reality. We know the kids identify with Patty Mills (Australian professional basketball player) so we say that if you work hard, one day you could do that.”

In designing the LDAT’s Community Action Plan, it was all about building protective factors and providing pathways for young locals.

Liz says that the LDAT wanted to create grassroots opportunities but also deliver educational and health programs to help the younger generation be successful in whatever they do in life.

“We take kids from just playing informally to the big time. It's important that they learn that if you work hard and believe in yourself, you can achieve anything. They need people who encourage them to chase their dreams."

The LDAT has a range of programs that helps young people progress and addresses a range of needs and experience levels. The program starts off with basketball ‘come and try’ sessions with kids, which include education sessions about the harm of alcohol and other drugs.

Some of these squad members make up the Healthy Hoopster Heroes, a group of young people who work to encourage their peers through peer support approaches.

The Heroes assist in the AOD education sessions for new players. And they help to run LifeSkills sessions.

The Tier 2 LifeSkills Program supports High Performance Squad members to build up skills so they can become resilient, confident young people. It’s based on an evidence-informed prevention model for schools, families and communities.

The LDAT works with local organisations to make these programs happen and also helps develop coaches, volunteers and referees. This increases the sense of belonging for all members in the community.

Liz said that the Alcohol and Drug Foundation helped Basketball WA - Kimberley understand that it could have a huge impact in preventing the harms of alcohol and other drugs by becoming an LDAT.

“The ADF support each year has allowed us to have a much broader reach across the region, including in communities with significant risk factors where we would normally not work. It has also allowed us to step outside our traditional basketball focus to have a social impact which has been so rewarding.”

In its work, the LDAT has relied on a range of ADF resources, including the popular AOD Lifecycle Planner and the Strong and Connected Communities, Mentoring and Peer Support Toolkits.

Kimberley kids are now making news for all the right reasons, with several in state teams or representing Western Australia at the Basketball Australia National Championships.

Aussie Hoops and 3x3 Streetball are delivered at 31 sites across the region, with messaging on alcohol and other drugs and LifeSkills embedded in each program.

Over 50 people have been trained to be coaches and referees so far, which is going a long way to help address the lack of volunteers in the region.

But the biggest impact has come from the Healthy Hoopster Heroes Program.

“Many of our current Healthy Hoopster Heroes have been involved from the start. Over our four years as an LDAT, they have grown into confident young people who believe in themselves and are achieving amazing things. They are an inspiration to many across our region,” said Liz.

As communities have seen the program’s potential to bring real social change, the LDAT’s focus has grown to include working with key partners – Garnduwa (peak Indigenous body to promote and develop sport and recreation throughout Indigenous communities) and five basketball associations - to help them feel more equipped to deliver programs and act as mentors.

Liz says that finding better ways to empower local people in delivering the program is critical to its future sustainability.

“We want to work with our partner organisations to foster a greater sense of involvement and ownership, build teamwork and collaboration. If you work in this way, wonderful things can be achieved.”

Midnight Basketball is a harm-prevention charity that works with community volunteers. 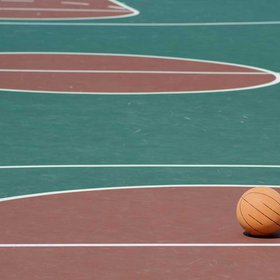 Stronger connections through sport and recreation 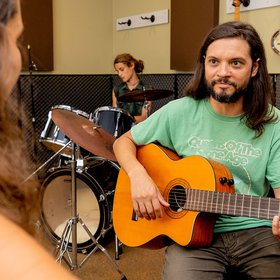